Sinning and Perishing Without the Law Romans 2:12

Paul the apostle told the church members in Rome, “there is no respect of persons with God”, and in chapter two and verse twelve of Romans, Paul shared how, “as many as have sinned without law shall also perish without law” where we read:

For as many as have sinned without law shall also perish without law:

and as many as have sinned in the law shall be judged by the law;

The verse goes on to say, “and as many as have sinned in the law shall be judged by the law;” Paul continued with the words, “as many as” which means “as great, far and whoever” “have sinned” or “have missed the mark, wandered from and violated the word of God, erred and were mistaken” “in the law” which refers to “with God’s law and disciplines” “shall be judged” which means “will be separated, put asunder and pronounced guilty concerning right and wrong” “by the law” or “through and according God’s law and disciplines”. Paul declared that people who “violate” God’s “law” will be “put asunder” by that same “law”.

When we consider these words of Paul, we realize some people have not heard the “law of God”, and yet, they have “sinned” against it. Others have “sinned” against God’s “law” even when they knew what it declared. “Ignorance” of God’s “law” is not an excuse, and violating God’s “law” with knowledge of it condemns a person all the more. This was Jesus’ reason for coming to the earth. He kept God’s “law” perfectly, (For he has made him to be sin for us, who knew no sin; that we might be made the righteousness of God in him. 2 Corinthians 5:21), and yet He received the “punishment and judgment” for the “sins” of the world. Now all that is necessary for a person to have a relationship with God is to believe in His Son Jesus Christ as “Savior and Lord”.

Next time Paul declares, “hearers” and “doers of the law”, so read ahead, and we shall join together then.

Look for the daily devotional book “Equipped for Battle – From Generation to Generation”, the marriage book “So, You Want to Be Married”, “One Year in the Sermon on the Mount” and the new poetry book “Random Mushrooms” in all major bookstore sites, http://www.amazon.com ; http://www.barnesandnobles.com ; download to e-books, and find it locally at www.mrzlc.com/bookstore. 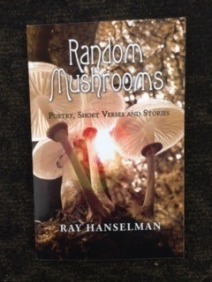 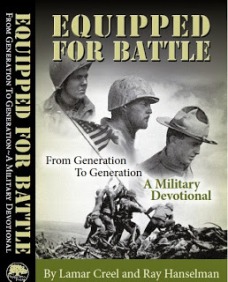 Owner of two businesses in Tallahassee. Love to write, and enjoy reading.
View all posts by whatshizname →
This entry was posted in Uncategorized. Bookmark the permalink.